All the Acme Systems products are designed using Altium Designer ®.

To make the life easier of the PCB designers who want to use Aria G25 on their devices, we provide in this page the Altium components library with Aria G25 and some common used components.

For those who don't use Altium Designer it is possible to see the ARIA libraries contents using the Free Altium ® Viewer.

"Altium Designer Viewer provides quick, easy, and secure read-only exploration of design projects and documents that have been created using Altium Designer. Users can view, print and interrogate all aspects of a design created by Altium Designer making design data more accessible to the entire design-chain. The Altium Designer Viewer not only enhances collaboration within an organization, but also between the design teams and external parties, greatly improving design work flow and project productivity." 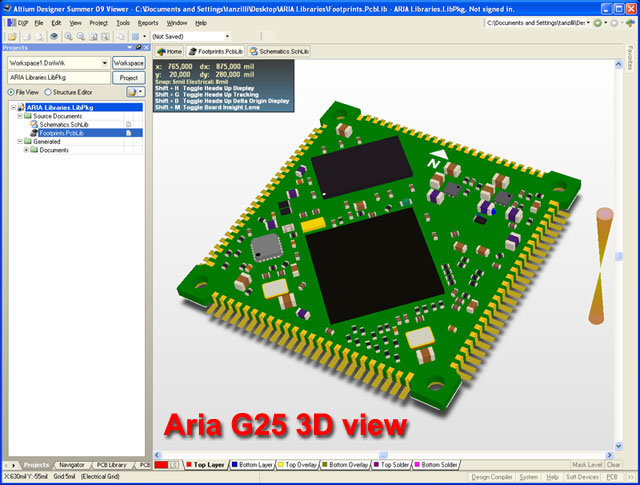 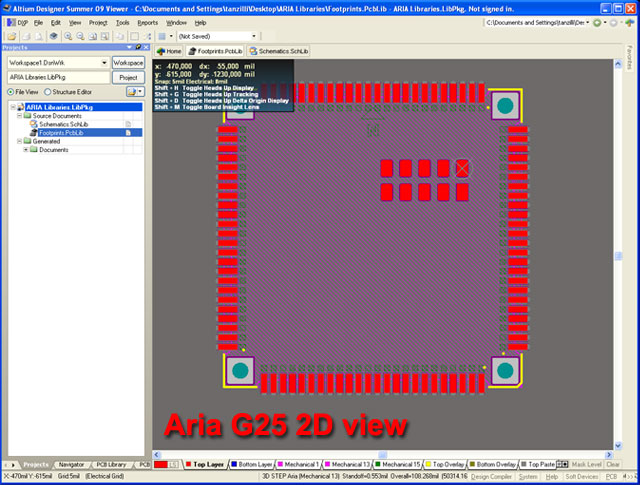 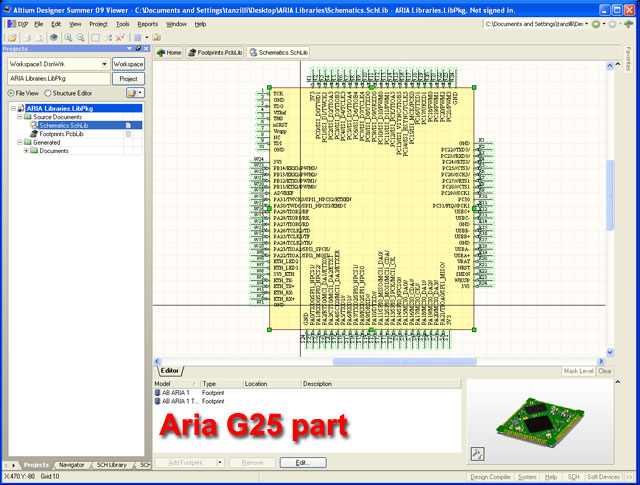