Getting started with RoadRunner on Berta D2 board

First steps to do to turn-on your Berta D2 board

Follow the sequence illustrated on this image to turn-on your board: 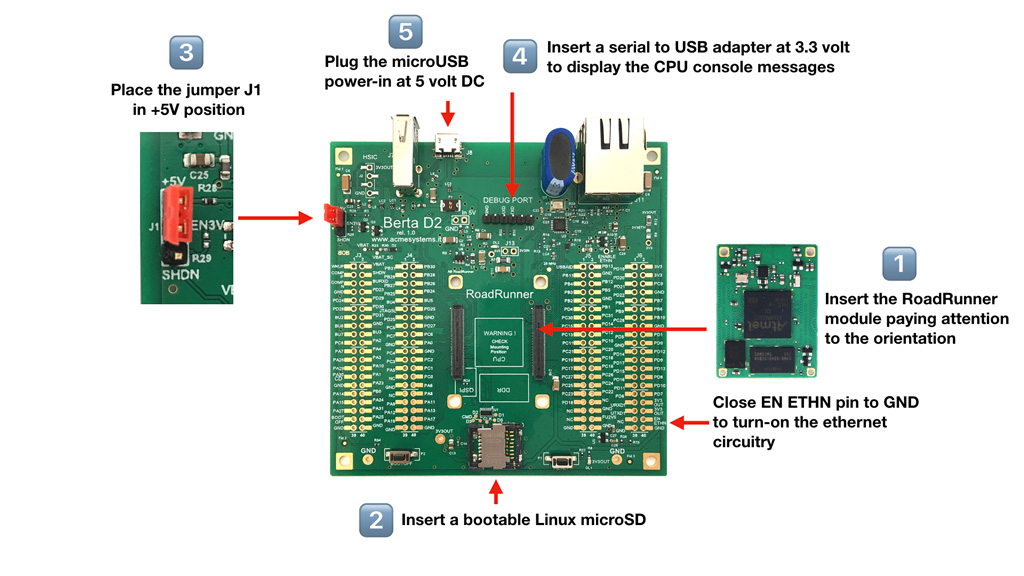 Pay attention with the RoadRunner orientation to avoid electrical damages

You can use one of following microSD:

Probably this is already the default position 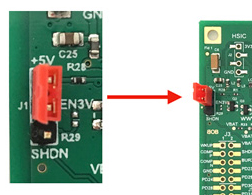 From the Acme Systems eShop two USB to serial converters are available. You can use any other one but pay attention about the electrical signal levels that must be at 3.3 Volt to avoid board damage.

How to plug the DPI adapter:

How to plug the USB-3V-SER adapter:

If you are using a ROADRUNNER-Q0 that has no quadSPI on-board or a ROADRUNNER-Q16/64/128 without the at91boostrap stored on it you need to connect the PA30/CD pin on J3 to GND to boot up the board.

6) Plug the microUSB connector to turn-on the board

How to enable the Ethernet port

If you are using a ready-to-use microSD, it is configured to get the IP address from your DHCP server

The LAN circuitry is powered-off by default. The line that controls the PHY power-on is wired to the jumper J15. You can also use a normal I/O line from the RoadRunner to TP11 to control the power state of the PHY in order to reduce power consumption when the ETH interface is not needed.

By default the RoadRunner starts running RomBOOT a first level bootloader stored in the internal MPU ROM. This program at power on sends this message to the debug port:

then it looks for a second level bootloader called at91bootstrap. This program usually is stored by default on the QuadSPI and it starts sending this message to the debug port:

If a bootable microSD is present the following messages will appear:

The file zImage (compressed Linux Kernel image) and acme-roadrunner.dtb device tree blob file must be saved on the first FAT16 or FAT32 partition on the microSD.

After the kernel boot there is a second EXT4 partition present on the microSD with the rootfs contents (Linux system and application programms) that will be loaded and run.

Now you can login as:

By default the SSHD daemon is installed on the Linux Debian Buster microSD.

to check the IP assigned by your DHCP to the board:

Then get access from a remote Linux terminal using this command:

The mac address of eth0 is save on this file:

By default the access as root from ssh is disabled on Debian Buster 10. To enable it define a password for the root user:

and change this line:

Where to go now ?

Basically the RoadRunner is a normal Linux Board so all the tutorials available on internet about Linux and Debian Linux distributions could be used also on this board.

From the Debian repository all the packages available for the ARMHF architecure should be working also an RoadRunner without any problem.

To install new packages the command is typically:

A RoadRunner related list of articles is avalable from this link:

To know the electrical details about the Berta D2 board read the schematic available here in pdf format:

The purpose of the BOOTOFF push-button is to prevent the access of the QuadSPI from the CPU at power on. In this way the RomBOOT bootloader, instead of booting the second level bootloader (at91bootstrap), will enable the USB device port in order to be able to re-program the QuadSPI contents from a connected Linux box running SAM-BA utiity. Hold down the BOOTOFF push-button while pressing the RESET button and release the RESET button first and the BOOTOFF button 1 second later. The RomBOOT message will appear on the debug port and the USB device port will go up to receive command from SAM-BA.

Read the article to know more on how to re-write the RoadRunner QuadSPI.

The J13 pads of the Berta D2 board are used to measure the RoadRunner module power consumption. Those pads are in parallel with a 0.1 Ohm resistor so that if you put a voltmeter on J13, every mV measured corresponds to 10 mA of current consumption @ 3.3 Volt. A summary of the power consumption of the module in several running states is reported here: RoadRunner Power Consumption

The J1 jumper is to select the desired state of the 5V to 3.3V switching buck regulator.

In this state to wake up the RoadRunner you need to put the WKUP line (J3.1) momentarily at GND with a pushbutton or with a wire.

It is also possible to go in shutdown and wake up after an event on a I/O line or with a Real Time Clock timeout.

During the shutdown time with the J1 jumper in the bottom position the BertaD2 will consume zero from the external power and the supercap will maintain the backup zone with Real Time Clock and the logic to wakeup from external events.

You can measure the current consumption in backup mode on the VBAT_SC and VBAT pads shown below. 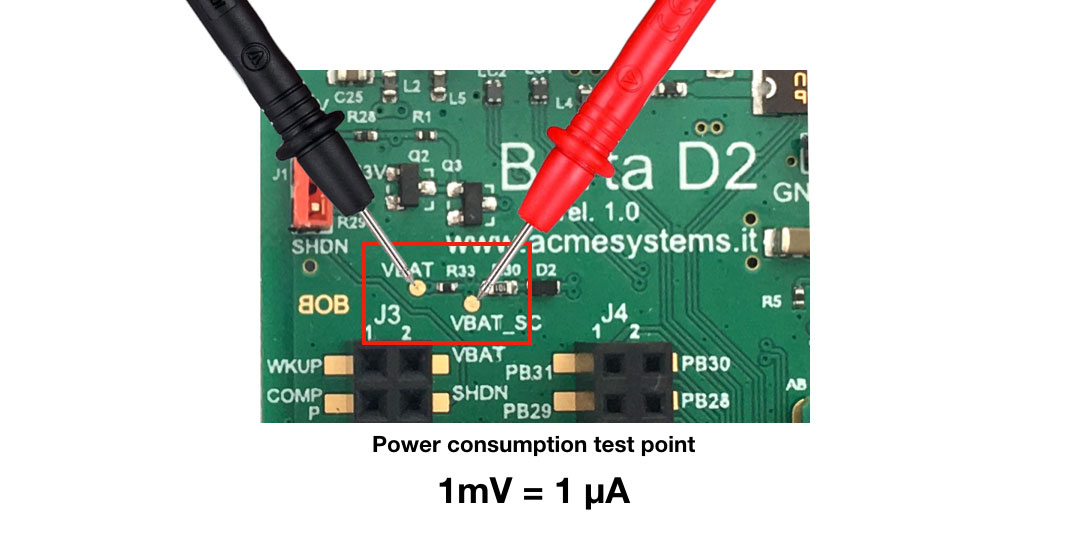